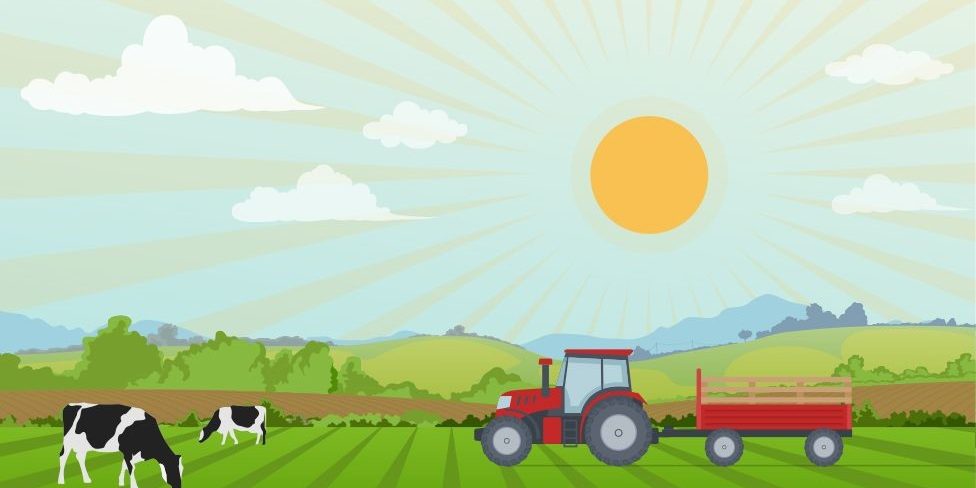 Farmers are on the front line of climate change – vulnerable to changes in temperature and rainfall, as well as increasingly frequent extreme weather events.

They also face criticism, in particular over greenhouse gas emissions from the meat and dairy industry, with calls for a move to a more plant-based diet.

Agriculture is currently responsible for about 9% of the UK’s greenhouse gas emissions, mostly from methane.

The National Farmers’ Union (NFU), which represents 55,000 UK farmers, has set a target of net-zero emissions in British farming by 2040.

That is not enough for some environmentalists, who say a comprehensive overhaul of farming practices and a move to less intensive production is long overdue.

But some new and surprising changes are happening on the UK’s farms.

Scientists in Wiltshire are part of a growing group of experts around the world developing small battery-powered robots that could drastically cut tractor use.

Tractors use diesel, a major source of carbon emissions in farming.